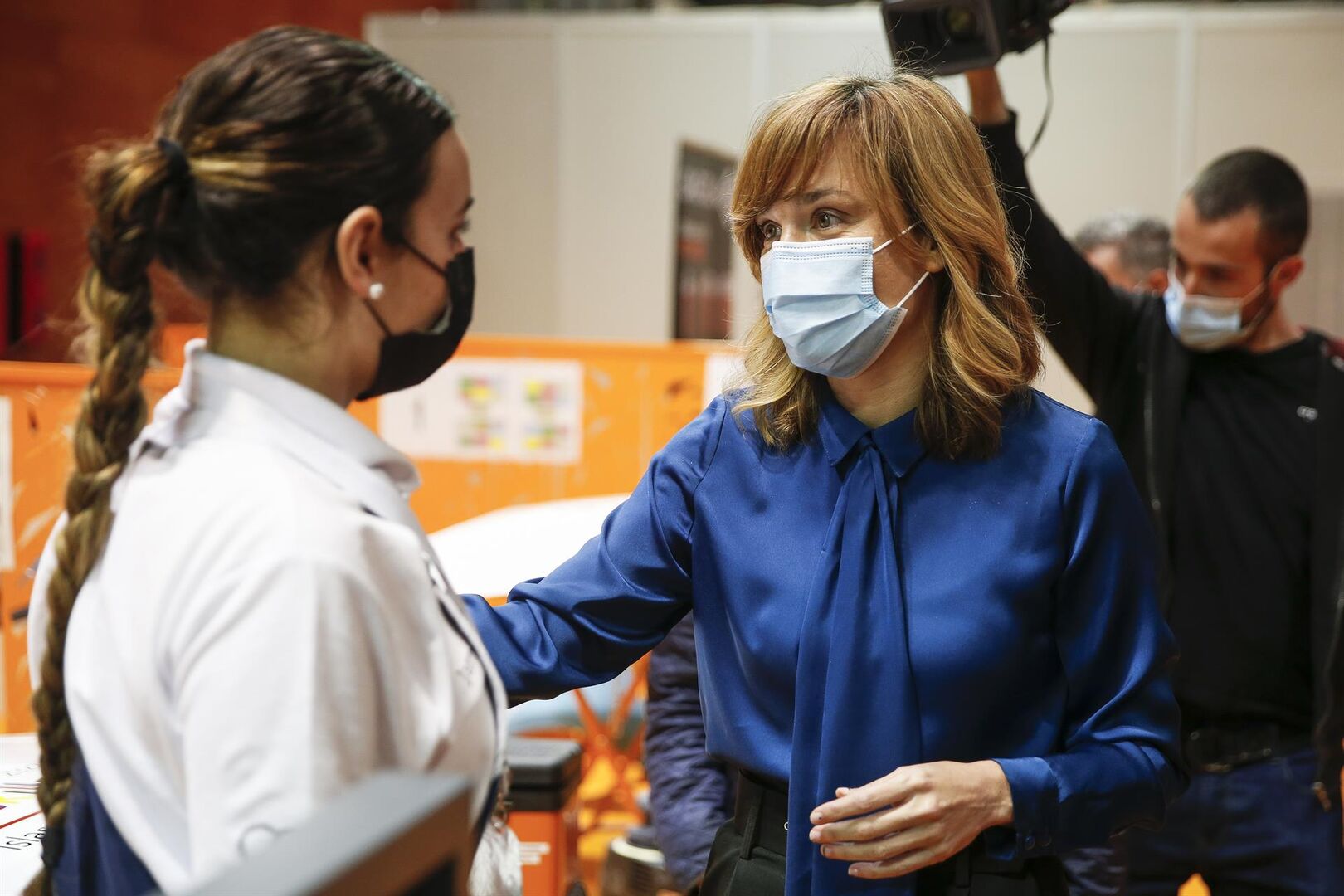 In 2nd ESO will delve into topics such as the “Carolingian Empires, Byzantium, the Catholic Monarchs, the Austrians or the Jewish people”.

The Government of Isabel Díaz Ayuso is once again facing the Government of Pedro Sánchez. In a statement sent by the Ministry of Education this Thursday afternoon it is reported that the Community of Madrid will include the subject of Philosophy in 4th of ESO after it has been deleted by the department headed by Pilar Alegria, this elimination approved Tuesday by the Council of Ministers and published today in the BOE.

In this way, the Madrid Executive intends to “correct” the suppression of a subject that it considers essential for the “development of students”. Thus, it will be included among the optional subjects to be taught, specifically, in the 4th year of ESO.

The Minister of Education, on the other hand, after the commotion caused by the elimination of Philosophy, has come out to affirm that the contents of this subject are mandatory in the stage of Compulsory Secondary Education in the subject of Ethical and Civic Values, a subject that until now was an elective in the 4th year of ESO. In addition, he adds that “in Bachillerato, whose curriculum will be approved next week, Philosophy will be recovered as a compulsory subject. Philosophy will be taught in the first year and History of Philosophy in the second year. Now the contents of Philosophy will have more hours than at present,” he stresses.

The truth is that although the PSOE tries to defend this position, even its government partner has criticized this decision, thus adding it to the list of discrepancies it maintains with Pedro Sánchez’s party. The deputy Javier Sánchez Serna (Unidas Podemos) pointed out on Twitter: “We have tried actively and passively that the PSOE fulfilled the commitment to guarantee the presence of Philosophy in the study plans. We got it for Bachillerato, but finally they eliminate Philosophy from ESO, ignoring UP’s requests. They are wrong.

And he added, criticizing the Minister’s statements: “The PSOE pretends to deny what is a fact: that Philosophy does not have its own subject in ESO. In the LOE, Ethics was compulsory in the 4th grade of ESO. In the Lomloe, it was optional. Now it disappears. Civic Values is not going to be a subject linked to the departments of Philosophy”.

But this is not the only issue that Ayuso’s government is trying to reverse. The Community of Madrid will also develop the distribution of the contents of each subject by courses, “since the Government has not distributed them, and in the specific case of Geography and History, the chronological study of History and physical and political maps will be maintained.”

For example, in the curriculum designed for 2nd ESO, topics such as the Carolingian Empires, Byzantium, and Islam, feudalism, Al-Andalus, the Catholic Monarchs, the geographical discoveries, the Habsburgs or the origin and characteristics of the Jewish people will be studied in depth, according to Enrique Ossorio’s ministry.

As for foreign languages, the specific contents that students must study in each course of ESO (grammatical structures, vocabulary, linguistic resources, etc.) will be specified for each language.

Puerta del Sol denounces that the entry into force of the ministerial decree, “five months before the beginning of the course in which it should be implemented, and the lack of haste on the part of the Government of Spain to establish the organization and the minimum teachings, force the Community of Madrid to process it as a matter of urgency”.

Thus, it is expected that, “given the need to request the necessary reports, such as that of the General Counsel, before it is taken to the Governing Council for approval, the regional curriculum can not be ratified before the end of June”.